I would like to start with a confession: today’s entry was one of the ones that I was most excited to write, but at the same time, the one that I respected the most. Today, dear readers, we will talk about the fundamental advice for travelling to Morocco.

I wanted to be sure of a number of things: firstly, that I did not leave any detail untied; secondly, that I contributed something to the enormous amount of information on the Internet and finally, and perhaps most importantly, that all of this was not a piece of cake. Quite a challenge!

On the other hand, you are going to allow me to extend myself. You know I’m not a stickler for words, nor do I give recommendations as if they were part of the shopping list: I think it’s best to explain the reasons why everyone should make their own decisions after being informed.

So much so, that in the end I had no choice but to divide the article into two parts so that you would not run away in fear of an overdose of information.

Without further ado, I will start with the first part of my advice, and I hope you enjoy it and that it will help you!

Drinking from the tap is what will most likely spoil your holiday in Morocco (the “spoil” was not meant to be a clever play on words, I give you my word). It’s no secret that their plumbing facilities are not among the best in the world, so I recommend drinking bottled water if you don’t want your visits to the bathroom to increase alarmingly.

I would also beware of carbonated drinks which, although they come from most international companies, are not made in the same way. I’ve had some stomach aches and the moment I’ve stopped drinking fizzy drinks, they’ve stopped (I don’t think this is general because it depends on your body, but it doesn’t hurt to be warned).

But although I advise you to be careful with your drinks, you can take all the liberties with your food, regardless of the fact that you don’t usually eat much fruit or vegetables. Neither do I, but I have enjoyed the intense flavour of every fruit and salad I have eaten in Morocco.

I would even say more: I recommend you not to be afraid of customs that are far from our hygienic culture. Without going any further, have you seen those street stalls, with the meat literally hanging out and surrounded by flies? Well, believe it or not, that’s where I tried the best lamb sandwich.

I know that hygiene rules are there for a reason, but I assure you that for a week’s holiday in which you are more flexible, nothing will happen to you. Who hasn’t ever eaten a fruit directly from a tree?

The official currency in Morocco is the dirham, and the official exchange rate is usually 10.7 dirhams for every euro (more or less depending on the week).

To the question of many about where to change before travelling, I will tell you that, apart from being complicated, I do not consider it advisable, largely because of the commissions.

However, when you arrive you will have many places at your disposal: exchange offices at the port, at the airport, in the medinas themselves and sometimes you can even change at the reception of the hotels. In addition, in case of some punctual purchase, they also accept you to pay in euros.

Depending on where you make the change will be more favorable or less, but nothing alarming. Moreover, even if you pay directly in euros, they will convert 10 dirhams = 1 euro. However, if the amount is low (less than 50 dirhams), it may be necessary to pay directly in dirhams.

For more information on this subject, I recommend the entry on the Moroccan currency.

If you are reluctant to haggle, but are thinking of making a purchase, you should bear in mind that it is intrinsically linked to Moroccan culture and practically everything can (and should) be haggled over. It is true that some stores set and label the price of items, but that is not, by far, the norm.

In general terms, you should take it as a game and as part of the merchant’s routine. And so you should not think that it is a tense situation, even if sometimes it seems that they get angry about the price you offer, because it is an indispensable part of their game.

Think that if they got angry every time someone suggested a price that they considered unfair, the merchants would not reach thirty years of age.

If you want to know all the keys to becoming a professional dribbler, here are my tricks: part one and part two.

Following the maxim that until we don’t lose something, we don’t realize that we need it, if you think you might feel like it, after a long day walking in the medina, have a drink in your hotel room, I strongly advise you to bring your alcohol from home.

It is not that it is impossible to get it in Morocco, but it is much more complicated than in a western country. In Islam, drinking is forbidden, so it is not usually offered in restaurants (unless it is mainly aimed at foreigners).

Moreover, establishments that sell alcohol have to pay an extra fee to the government, which together with the fact that most of it is imported, makes it quite expensive (to be precise: a beer can cost between 2 and 2.5 euros and a bottle of wine up to 10).

The only places where you can buy it at reasonable prices are the big shops located in the outskirts. However, avoid national brands, especially wines.

There will be as many reasons to visit Morocco as there are travelers but, I think we all agree, the main reason to visit is that it is a different world. So, why should that which pushes to know a country also be the reason to reject it?

If I could only give one piece of advice to someone travelling to Morocco for the first time I would say: let yourself go. Appreciate it in all its magnitude and think about how lucky you are to know it.

If what we most envy of Moroccans is their quiet lifestyle, why should we be surprised when we ask for something and it takes time? Shouldn’t we consider it natural? What’s more, shouldn’t we get carried away and participate in it?

Or why do we worry about them coming to us to sell us something or to offer themselves as guides? Isn’t this style of hustler one of the things that most attracts us to the country?

And if you don’t want something, all you have to do is say “no”, in a clear but friendly way, and continue on your way: as soon as they perceive the naturalness with which you refuse, they will stop bothering you.

I insist: go relaxed, thinking that you are going to live an experience that will mark you for life. It depends on this that you return planning your next trip or that you swear never to set foot in Morocco again. There is usually no middle ground (and believe me, it would be a real shame if you choose the second option). 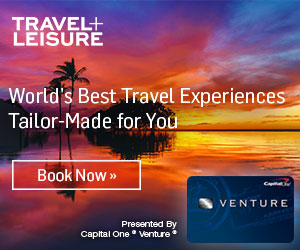 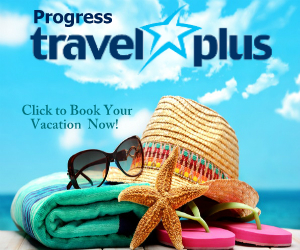